Would you like to celebrate your 100 th birthday in exellent condition, in good physical health and with sharp mind? Does Health in old age depend on nature or nurture? 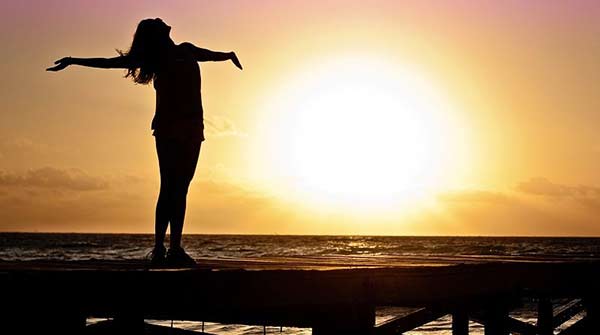 The legendary 100-year-old Slovenian Olympic medallist The best known Slovenian centenarian was Leon Stukelj (12. 11. 1898 to 8. 11. 1999) who remained physically fit and quick-witted until the very last day of his life. He was a gymnast and a lawyer, born before TV was invented, he experienced two world wars and lived in 4 different countries (born in the Austro-Hungarian Empire, lived in two Yugoslavias and in Slovenia). He won three gold, one silver and three bronze medals at the Olympic Games. As the oldest living Olympic gold medallist, he participated at the opening of the Olympic Games in Atlanta in 1996. President Bill Clinton was fascinated by his contagious vivacity and vital force. Mr. Štukelj remained active and in excellent condition, until the night he passed away. He performed a set of exercises on the gymnastic rings at home every day, even on the evening before his passing. What an inspiring character!

The British medical journal (BMJ 2012; 345:e8308) examined the biographies of 15,174 Olympic medallists since 1896. The results showed that Olympic medallists live an average of 2.8 years longer than their non-Olympic peers of the same age. 8 percent more of the medallists than the non-Olympians were still living 30 years after they had won their medals.

SCIENTISTS HAVE REVEALED THAT BOTH, GENETIC AND LIFESTYLE FACTORS ARE IMPORTANT. FURTHERMORE, THE BIOGRAPHIES OF CENTENARIANS REVEAL THAT PSYCHOLOGICAL WELL-BEING IS ALSO A KEY FACTOR IN LONGEVITY.

The "Genes and life-style factors in Belfast nonagenarians" study revealed the importance of the following factors as key to good quality ageing:

"No junk food, home-made food, a variety of foods, moderation" is the advice of the nonagenarians. Fruit and vegetables may destroy genes which cause cancer or alter epigenetic markers. At 97, Tao Porchon-Lynch is the world's oldest yoga teacher. She believes in the importance of healthy eating habits and reveals that portion size helps her to manage her weight.

A no smoking policy helped the participants of the survey to avoid lung diseases, and to reduce their risk of cancer and dementia.  A POSITIVE

from their life-experiences, the participants learned how to take things as they come, how to be happy and content. It has been proven that self-dependence and social activity are crucial for good mental health. Furthermore, they help in dealing with stress thus reducing the risk of premature death. Many studies also reveal that people with a positive attitude towards aging live longer.

Nonagenarians who were in excellent health carried fewer of the genes connected to cardiovascular diseases while carrying genes which had the ability to boost their immune system. It is common for all their siblings to be long-lived. For example, five siblings from an Irish Clarke family reached 100 years of age.The youngest, Margaret, celebrated her 100th birthday on the 30th of May, 2014. She said that the secret to longevity is to live your own life and be happy and content with everyone and not find fault with them. Interestingly, their mother also reached 100 years of age.

Centenarian "Red Zones" around the globe

Centenarian "Red Zones" are places in different parts of the world where people live longer. The people who live in these zones are not only longer-lived than average but are also healthier. Cardiovascular diseases, dementia and depression are almost unknown, cancer rates are low. That IS to say, these people do not only lead long but also good quality lives. Many scientists were curious to discover why.  Badri N. Mishra, Professor of Community Medicine, Rural Medical College, Loni, Maharastra, India, has researched the zones and realised that although red zones occur in geographically and culturally different parts of the world, there are some key similarities concerning the way of life, nutrition and view of life, which appear to be crucial to longevity.

Okinawa is an island upon which people of over 80 years live as if they were 30 years younger. These elderly islanders are bursting with health. Only 5 to 10 in 100,000 people around the globe are centenarians. However, in Okinawa 34 in 100,000 are centenarians. Okinawans grow "old" in wonderful physical and psychological condition. The island has the world's lowest levels of heart attacks, strokes, cancer, osteoporosis and Alzheimer's disease. Scientists have discovered the main reasons why:

1. Nutrition: a diet based on vegetables, whole grains, legumes, and leafy greens is supplemented with freshly caught fish. A traditional green tea drinking ceremony occurs three times a day. People are lean, they eat a diet low in calories and low-GI diet. They also maintain a habit, called Hara Hachi Bu, eating until they are 80 % full.

2. Physical exercise: not in a gym, but outdoors, regularly and daily. Their physical activity is light, revealing that the secret is in the regularity, not intensity of exercise. They condition their bodies while walking, gardening, farming or fishing. Fishermen and farmers work outdoors well into their 80's.

3. Ikigai means involvement in a strong support network of family and friends, having hobbies and a generally positive attitude towards life. Also implied is an awareness of one's spirituality, via the practice of various respiration techniques, meditation, dance or martial arts. These spiritual activities incorporate psychological and physical aspects, together reducing stress.

Sardinia is a genetic Incubator in which some genes became dominant, while others became recessive. The reason for this occurrence was their isolation _ Iberians who colonized the island didn't have contact with the mainland. In old times, shepherds walked up to 10 km a day. They ate whole grain bread, cheese, and drank goat's milk. Their familial bonds are strong, even today the elderly stay with their families. Their lives are meaningful because they are respected, and their wisdom is appreciated. Last but not least, they are blessed with a contagious sense of humor.

They believe everyone must have a "Plan de vida" - a reason for living; some kind of meaning in their lives. Social circles and family bonds keep their spirit vivid, and their work ethic is highly evaluated. They also believe in the importance of healthy sleeping patterns (at least 8 hours of sleep per night with early morning waking). They eat like kings in the morning and like beggars in the evening. Their diet is based on corn, peas and vegetables from their own gardens, supplemented by fresh fruits and legumes. The water in Nicoya has a different mineral composition than other parts of the country, scientists believe that this may also be one of the reasons for their longevity.

The inhabitants of Loma Linda are Adventists. Their religion forbids the drinking alcohol and caffeine, smoking and many foods; half of the population is vegetarian. On a regular basis they eat a variety of nuts containing unsaturated fats; vegetables and legumes comprise the main part of their diet. They believe that their bodies are the temples of their souls, a spiritual belief that acts as a reason to maintain a healthy physical condition. The Loma Linda community promotes social involvement and offers support.

Here you can verify that we are real pharmacy, using .gov page to verify it. Click on the logo to ...
Povezani izdelki 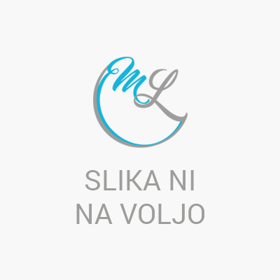 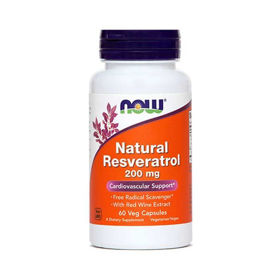 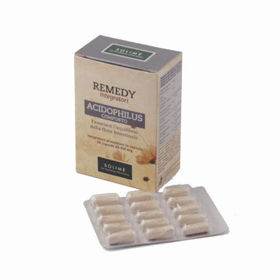